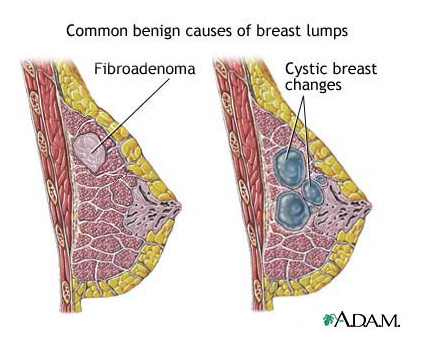 Fibroadenoma is most common benign (non-cancerous) tumor of the breast. It is often discovered accidentally by self-examination. A uniform, firm, mobile, painless, well defined mass is felt on palpation. Commonly they are bilateral and 2-3 cm in diameter. It may occur between 15-50 years of age. The exact cause of fibroadenoma is not known. Hormonal treatment for other diseases has been associated with higher risk of developing fibroadenoma.

Although the treatment is surgical but it can be treated with homoeopathic medicines prescribed on holistic basis. A clinical study conducted at GCCHR has shown encouraging results: 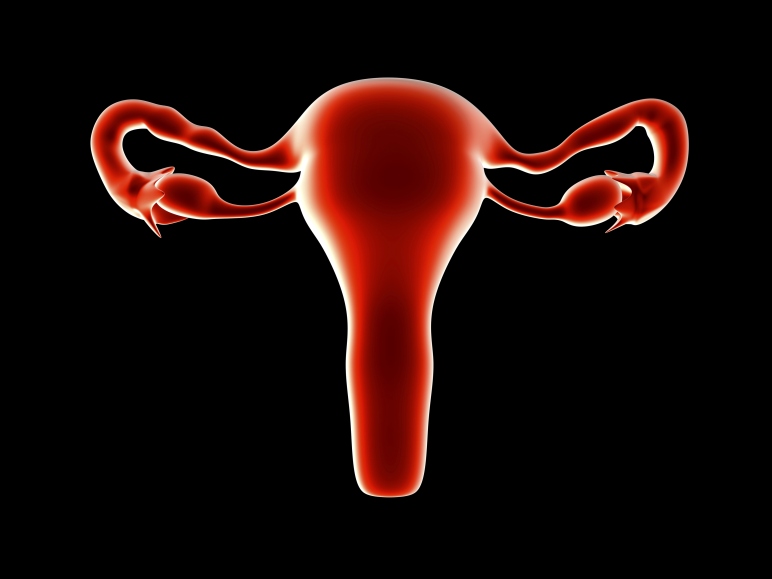 Nabothian Cyst and Cervical Polyp are the two most common benign lesions of cervix.

A Nabothian Cyst is a mucus filled cyst and appears as a firm bump on the surface of cervix. A Cervical Polyp is common benign polyp arising within or on the surface of endocervical canal. They are sessile or pedunculated spherical lesions up to 3 cm in diameter. The cause of cervical polyp is uncertain but may be due to hyperestrinism. They are most common in premenopausal women. Both can be detected by ultrasonography, speculum examination and hysteroscopy. The cervical lesion can be treated successfully with homoeopathic medicines.

A short clinical study conducted at GCCHR on both have yielded good results as follows: 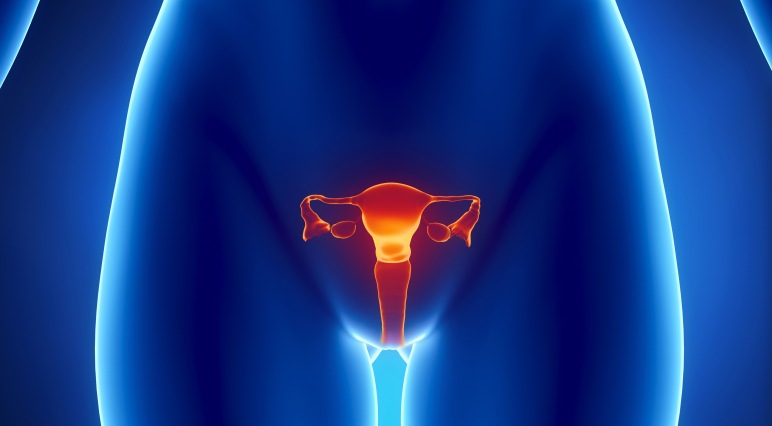 Uterine Fibroids are benign (non-cancerous) growth in the uterus (subserosal, submucosal & intramural). It may occur at any age usually from menarche till menopause. Nearly 20-30 % women in reproductive age group have fibroid which is the most common cause of infertility.

Exact etiology of fibroid is unknown but it is thought to be estrogen dependent. Different unnatural devices of family planning like Intra Uterine Contraceptive Device (IUCD) and contraceptive pills may also increase the occurrence of Uterine Fibroids.

Profuse bleeding, pain and bleeding between menses are the most common symptoms. Frequent urination, urinary incontinence, pain during sexual intercourse, infertility and miscarriage are some other symptoms.

We have treated umpteen number of patients having fibroid whether single or multiple, small or large, symptomatic or asymptomatic and the results are encouraging. Treatment is based on both mental and physical symptoms which are considered for selecting homoeopathic medicines on holistic principle. Chances of recurrence are grim with holistic constitutional treatment.

A clinical study conducted at Gaurang Clinic & Center for Homoeopathic Research, Lucknow on 630 well diagnosed cases of Uterine Fibroid in response to Homoeopathic medicines was published in the Asian Journal of Homoeopathy, Vol. 5, No. 4 (17), November 2011 – January 2012.

Latest data of Uterine Fibroid cases till March 2016 is as follows: 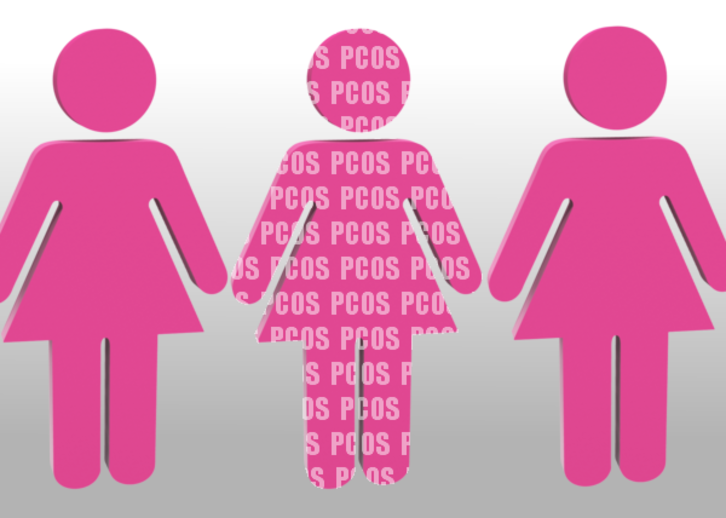 Polycystic ovarian syndrome (PCOS) is one of the most common female endocrine disorder of reproductive age group and the leading cause of infertility. It includes chronic non-ovulation, hyperandrogenism associated with normal or raised estradiol , raised LH and low FSH hormone levels. The prevalence of PCOS ranges from 2.2% to 2.6% in the age group between 18-45 years. It has been observed that incidence appears to have increased due to change in lifestyle and stress.

The most common symptoms of PCOS are infrequent or no menses, infertility, hirsutism, obesity, acne and acanthosis. The usual treatment of PCOS includes oral contraceptives to regulate the menstrual cycle, reduce male hormone level and Glycemic control medications.

We treat PCOS by homoeopathic medicine on the basis of both mental and physical symptoms after detailed case taking. Every women suffering from PCOS presents with different set of symptoms so treatment plan for each women is individualised. There are number of psychological causes like shock, grief, mortification, disappointed love, anger and suppression of emotions that affect psycho-neuro-hormonal axis leading to imbalance in pituitary and ovarian hormones resulting in pathological changes in the ovary.  Homoeopathic medicines act through same route leading to correction of pituitary and ovarian hormones resulting in complete resolution of cysts.

A clinical study conducted on 218 diagnosed PCOS cases in response to homoeopathic medicines was published in the Homoeopathic Heritage, Vol. 40, No. 12, March 2015.

Latest data of PCOS cases treated at GCCHR till March 2016 is as follows: 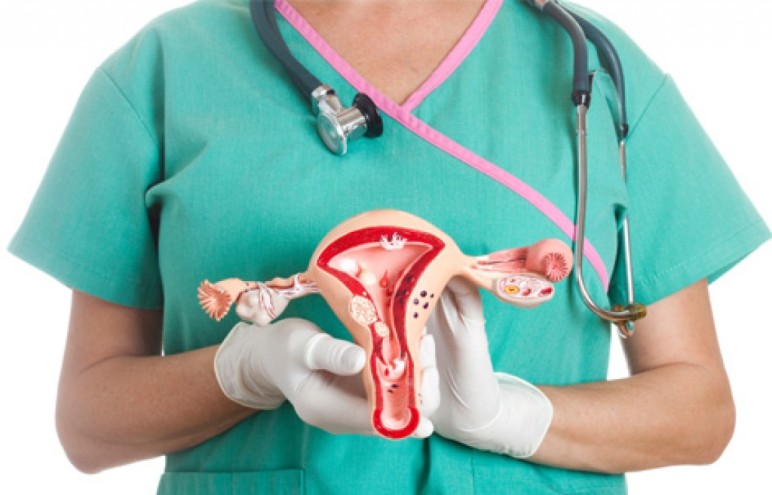 Ovarian cyst is benign enlargement of ovary due to accumulation of fluid. It may occur at any age from menarche till menopause. The cause of ovarian cyst is hormonal imbalance, the exact cause of which is not known. Some psychological factors like grief, stress, depression, mental tension, anxiety and mortification etc. can trigger hormone imbalance through psycho-neuro-hormonal axis.

The treatment is chiefly surgical removal of cyst or ovary. A clinical study conducted at Gaurang Clinic and Center for Homoeopathic Research, Lucknow on ovarian cyst showed that majority of cases of ovarian cyst whether unilateral or bilateral, big or small, single or multiple, simple or haemorrhagic can be treated successfully with homoeopathic medicines. The outcome of study conducted at GCCHR is as follows: